China’s top legislative affairs body has slammed a ruling by the Hong Kong High Court declaring the recently imposed emergency anti-mask law unconstitutional, insisting that only the national legislature has the right to decide on issues of constitutionality.

In a stern rebuke that stunned the legal fraternity on Tuesday on its implications, the body’s spokesman, Zang Tiewei, said the High Court ruling “did not comply” with aspects of Hong Kong’s mini-constitution, the Basic Law, and the position of the National People’s Congress Standing Committee (NPCSC), the apex of the legislature.

According to the state-run Xinhua news agency, Zang, speaking on behalf of the NPCSC’s Legislative Affairs Commission, said the national legislature was the only body that could decide whether Hong Kong laws complied with the Basic Law, which provides the legal underpinnings for post-handover Hong Kong.

“[China’s] constitution and the Basic Law jointly form the constitutional foundation of [Hong Kong],” he said. “Whether Hong Kong’s laws are consistent with the Basic Law can only be judged and decided by the NPCSC. No other authority has the right to make judgments and decisions.”

The move had also “weakened” the administrative power of the city’s leader, Zang said.

In separate statements, Yang Guang, spokesman of the State Council’s Hong Kong and Macau Affairs Office (HKMAO), Beijing’s highest policy office on Hong Kong matters, warned the court ruling would have a “serious and negative sociopolitical impact”. A spokesman for Beijing’s liaison office in Hong Kong too weighed in, urging the city’s executive, legislative and judicial branches to respect the NPCSC’s decisions when exercising their power.

Hong Kong’s first postcolonial chief justice Andrew Li Kwok-nang expressed fears in an interview with the Post, saying the comments coming from Beijing would be “surprising and alarming” if it meant local courts had no power to hold the city’s legislation to be invalid based on inconsistency.

On Monday, Hong Kong’s High Court ruled in favour of pan-democrats’ judicial review application when it declared the government’s mask ban unconstitutional. The decision forced police to suspend the enforcement of the regulation, enacted last month in a bid to quell the five months of mass protests roiling the city in which many demonstrators wore face coverings to hide their identity. 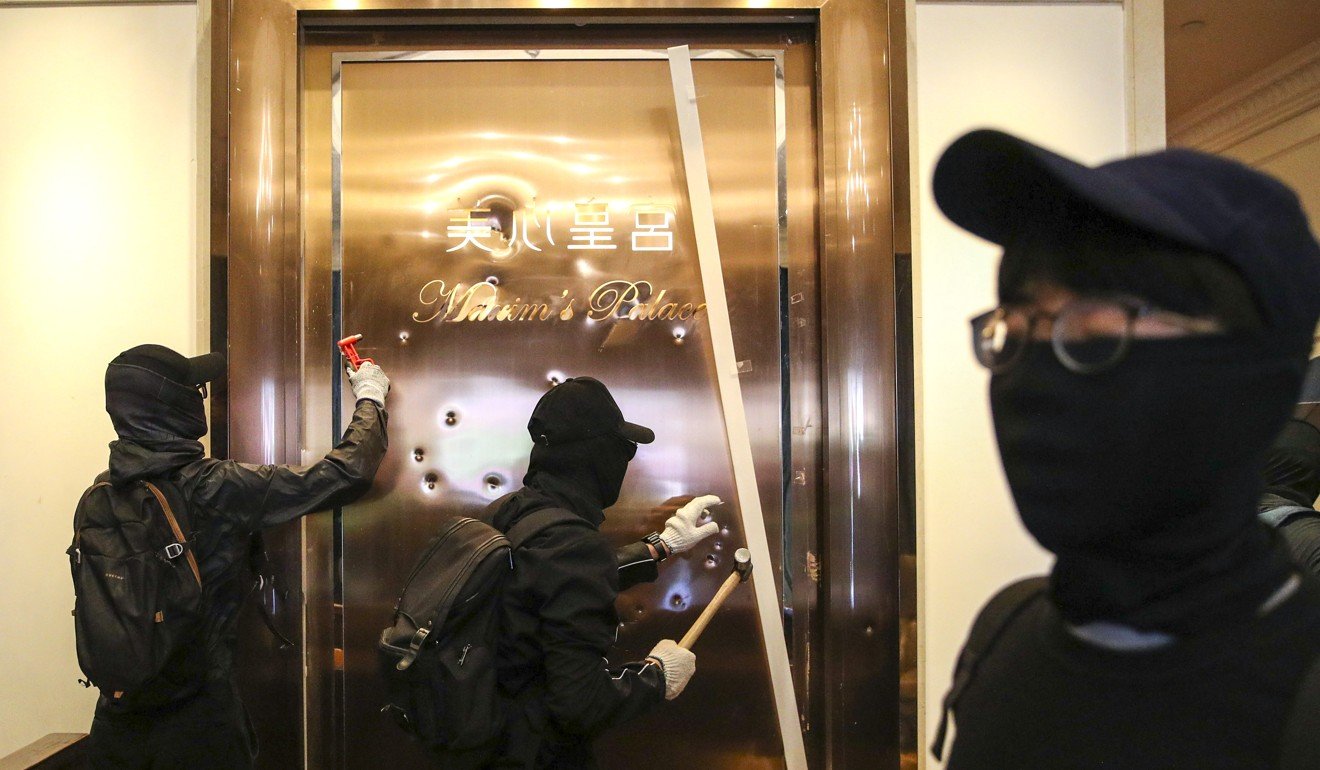 The government introduced the mask ban to try and put an end to the increasingly violent protests that have been gripping the city for months. Photo: Winson Wong

Prosecutors asked for an adjournment after the ruling but the Department of Justice (DOJ) has not indicated if it would take the case to the Court of Appeal while Chief Executive Carrie Lam Cheng Yuet-ngor on Tuesday declined to comment on any move, saying the matter was under review.

If the DOJ does appeal, the decision could eventually end up being brought all the way to the Court of Final Appeal eventually.

The Prohibition on Face Covering Regulation, made into law via the Emergency Regulations Ordinance (ERO) – legislation undisturbed for more than half a century – forbids anyone from wearing “facial coverings” likely to conceal identity at public assemblies. Those convicted face up to one year in jail and a HK$25,000 (US$3,187) fine.

Beijing’s statement issued in the early hours of Tuesday morning caught Hong Kong’s opposition pan-democrats and several prominent legal eagles by surprise, as they questioned whether Beijing was suggesting two things: one, Hong Kong’s courts did not have the right to interpret the city’s mini-constitution and two, it could be moving soon to interpret the Basic Law on the issue of the mask ban.

But legal experts in the pro-establishment camp and mainland China dismissed such concerns, stressing that the central government was only highlighting the fact that the power of interpretation of the Basic Law shall be vested in the NPCSC, as enshrined under Article 158 of the mini-constitution. 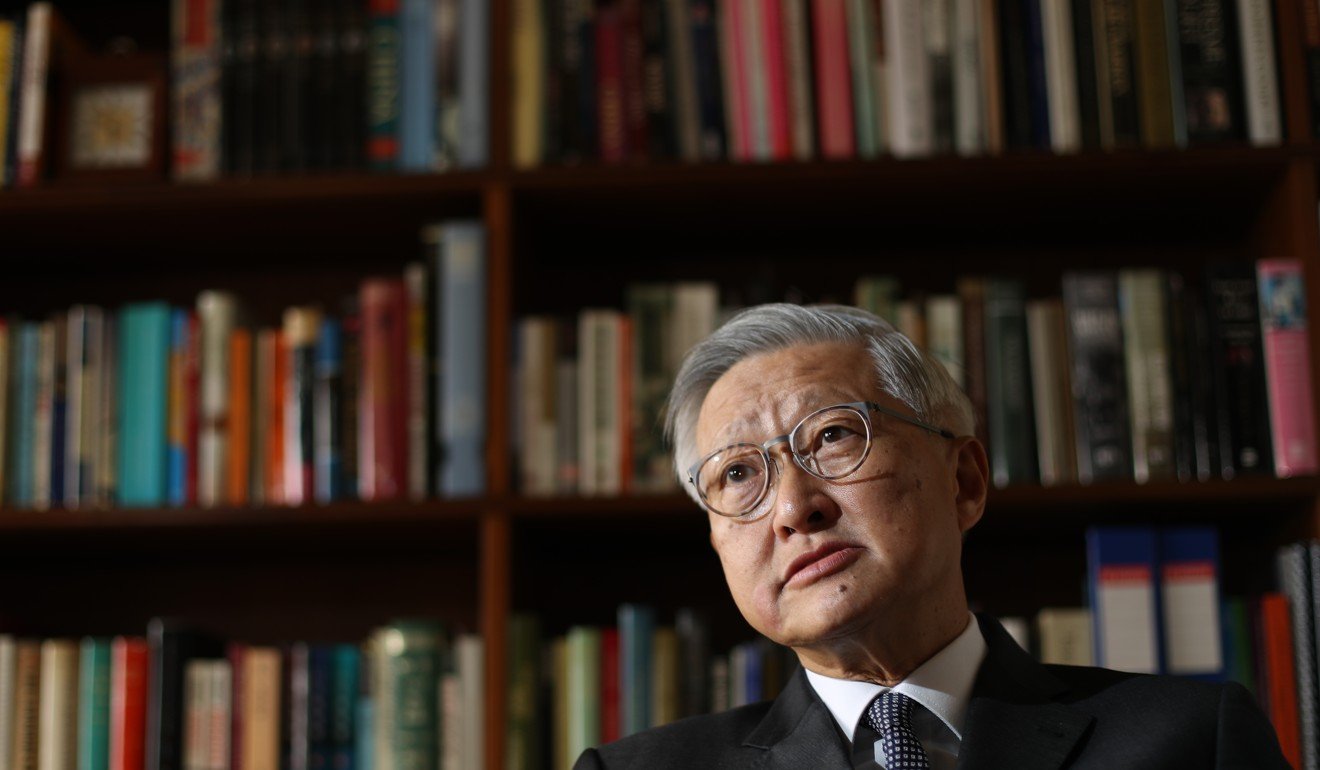 While he indicated this could be one meaning to be drawn from Beijing’s comment, former chief justice Andrew Li said: “The statement appears to suggest that the Hong Kong courts have no power to hold Hong Kong legislation to be invalid on the ground of inconsistency with the Basic Law. If this is what was meant, it is surprising and alarming.

“Since 1997, our courts have held that they have such power, whilst fully accepting that any interpretation by the NPCSC would be binding in Hong Kong. The NPCSC in its 1999 and subsequent interpretations did not suggest otherwise.

“I hope this is not what the statement meant. Maybe it meant that any NPCSC interpretation would be binding, which our courts have fully accepted,” he said.

Li went on to reiterate his previously held view that the NPCSC’s power to interpret the Basic Law should only be exercised in exceptional circumstances.

“It should refrain from doing so after a court judgment as that would have an adverse impact on at least the perception of judicial independence in Hong Kong,” Li added.

Article 158 of the Basic Law states that when adjudicating cases related to Beijing’s affairs or its relationship with Hong Kong, the Court of Final Appeal could seek an interpretation of the Basic Law from the NPCSC before making a final judgment.

The NPCSC could also take the initiative to interpret the Basic Law, either before or after a final judgment was made by the local top court, but such moves in the past were strongly criticised by the legal sector as a blow to the city’s judicial independence. 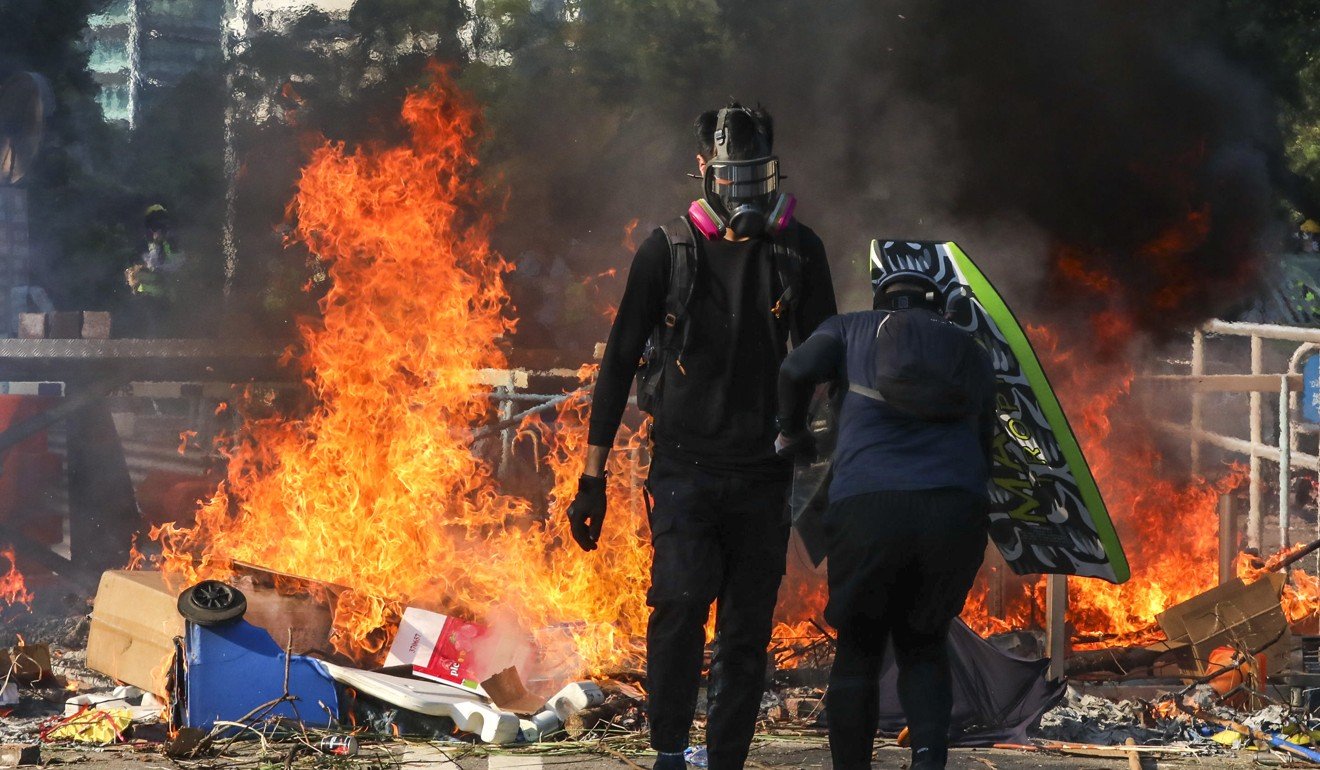 Hong Kong has been roiled by more than five months of anti-government chaos. Photo: Felix Wong

“[The NPCSC] can come up with a decision that the ERO is in conformity with the Basic Law … I expect the standing committee to act very soon,” he said.

Maria Tam Wai-chu, vice-chairwoman of the Basic Law Committee, which advises the national legislature on the city’s mini-constitution, said she would not rule out the possibility of another interpretation being made.

Tam Yiu-chung, Hong Kong’s sole representative to the NPCSC, also said the body could clarify whether all local laws – including the ERO – being adopted when the city returned from British rule in 1997, were constitutional.

“It would be best if the High Court’s ruling can be overturned by the Court of Final Appeal (CFA),” he added.

University of Hong Kong law professor Fu Hualing said at this stage, he did not expect the NPC to immediately take the next step of interpreting the Basic Law.

“It’s just a warning from a spokesperson at this stage, and it will depend on the court’s stance in the next phase,” Fu said. “I believe there will still be an appeal and there’s still room for Hong Kong.”

Li Xiaobing, a law professor with Nankai University, added that the ruling had sought to shape the power structure of the city against the executive branch.

“It constrained the power of the chief executive and tried to shape Hong Kong’s constitutional system into a separation of three powers,” he said. “It also placed limits on the government’s effort to stop the violence.”

But former Bar Association chairman Ronny Tong Ka-wah, also a member of the Executive Council – the cabinet of Hong Kong’s leader – said he hoped Beijing would leave it to the city’s top court to decide whether an interpretation was needed.

“I hope an interpretation would not come so soon, because the timing is too sensitive. It will have a big impact on the city’s situation, and cause a high response from the international community,” he added.

Cautioning against such a move, pan-democrat and Civic Party leader Alvin Yeung Ngok-kiu said by declaring the High Court ruling suspect, “the approach would not solve problems in the city, it might only make things worse”.

A senior legal figure, who spoke on condition of anonymity, also said: “If the standing committee interprets the Basic Law after the High Court made its ruling on the constitutionality of the anti-mask law, the negative impact on the perception of Hong Kong’s judicial independence would be more serious than that stemming from its interpretation of the Basic Law in 2016.”

In November 2016, the committee waded into a court case involving two newly elected pro-independence lawmakers whom the government was trying to disqualify over anti-China antics during their swearing-in ceremony.

Since Hong Kong returned to Chinese rule in 1997, the NPCSC has issued five interpretations of the Basic Law, in 1999, 2004, 2005, 2011 and 2016. The issues ranged from right of abode, the city’s political reforms, the chief executive’s tenure and lawmakers’ oath of office, to the city’s policy on state immunity.

In HKMAO spokesman Yang’s statement on Tuesday, he also said: “We will closely monitor the development of this case. We hope that the Hong Kong government and the judiciary would strictly follow the Basic Law in performing their duties, and share the responsibility in stopping violence and chaos, as well as in restoring order.”

Two High Court judges, Anderson Chow Ka-ming and Godfrey Lam Wan-ho, on Monday ruled that the colonial-era ERO that brought the ban on face coverings in public places into effect last month was “incompatible with the Basic Law” when used in times of public danger, such as in the present case.

They also found the new law had imposed invalid restrictions on fundamental rights and freedoms.

In the statement released on Tuesday, Yang said the HKMAO had major concerns with the ruling, adding that the emergency powers legislation was recognised by the NPCSC in February 1997 as compatible with Hong Kong’s mini-constitution.

“This means all regulations under the ordinance are compatible with the Basic Law. Hong Kong’s chief executive and the Executive Council were doing their job under the Basic Law and the NPCSC’s decision when they enacted the Prohibition on Face Covering Regulation,” Yang argued.

He also said since its implementation, the anti-mask law had “played an active role in stopping violence and chaos”.

As of Thursday, 632 people had been arrested for violating the regulation, according to police statistics obtained by the Post.

“The ruling of the High Court’s Court of First Instance … was a blatant challenge to the authority of the NPCSC, and on the governing powers granted to the chief executive under the law,” Yang added.